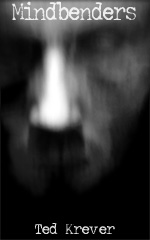 If you think I’m skipping the review that compares me to Dean Koontz, you’re crazy!
4.0 out of 5 stars Reminescent of Dean Koontz., October 9, 2012
By Heather L. Alexander “Muzz5” (Waterford, MI, US)

I was given this book in return for an honest review. This book kind of reminds me of Dean Koontz in the way that the author blends science fiction with things that may actually be possible someday.

The Us and Soviet governments have an experiment to harnass the power of the mind, and they succeed, but to what end? Greg, ex military, suffering from what seems to be severe PTSD and physical restrictions, is living with Uncle Dave.(not really his uncle) Greg is having serious problems adapting or even functioning on a semi-normal level. He hears screaming and finds Uncle Dave dead in the tub with an assasination playing on the TV. Just then a man he doesn’t know, Max Dulles, shows up and orders him to pack and get out. Soon after, the house blows up. There begins our adventure.

One of my favorite lines in this book is when Greg says “I’m disabled, not stupid.” and he isn’t stupid. Turns out that the government expiriment produced Mindbenders, they can read minds and manipulate thoughts and Max is a very, very powerful one. He has been storing his extra information in Greg’s head, no wonder Greg is having so many problems with everything.

They must access the information in order to survive and possibly end a massive conspiracy. They are up against, and under attack from, a group of mindbenders that are out for money, power, and glory. They will enlist the help of Kate ad Mark. Can the four of them defeat the massive conspiracy or will they end up casualties of yet another government experiment.

I really liked this book because it does sound like something the government would do, so feels likes it’s based in reality while still being a great work of fiction. Hope there is another one. WaAr