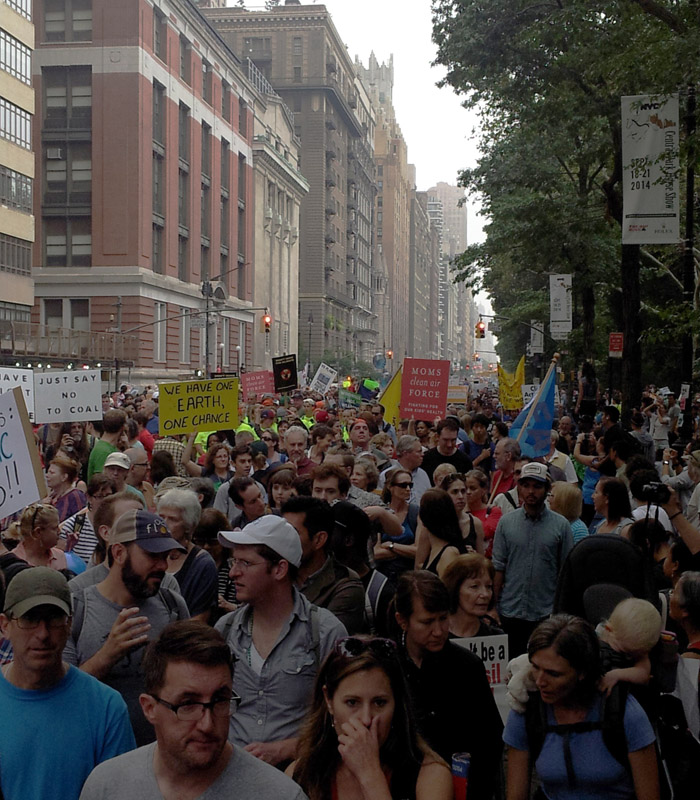 I wanted to go. I felt I needed to go. 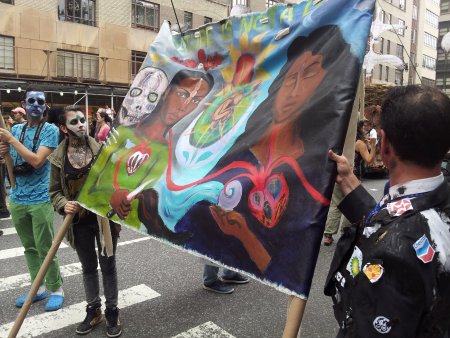 This isn’t a problem that just snuck up on us. It’s something that’s been building for decades right out in the open, because everyone in power keeps shrugging their shoulders and pointing at the other guy and then pointing at us and saying “Well, they’re not willing to sacrifice.”

So today, we’re saying “Try us.” It’s not the middle class or the poor who are unwilling to make this a priority. It’s the few who are making incredible profits from the current system and are not going to give them up until they have used up everything there is to take from this planet.

I’ve listened to friends of mine tell me this is trumped up. It’s natural cycles, they say. It’s just hype, as though climate scientists just love jumping up and down and scaring the hell out of everyone (my small-sample experience indicates they generally have no interest in leaving the lab).

A friend whom I generally consider sane and non-suicidal once said out loud, “Well, it won’t be the end of the planet, just the human race.” I have a son – that was the point at which I stopped trying to reason with her.

So today, those of us who aren’t willing to lie down and be run over by unregulated global capitalism (Profit Until You Die! or acts to that effect) were out in the streets making our point.

Hopefully, the kids that were out there aplenty (along with a huge number of new moms and grandparents, Native Americans, people from Harlem, New Jersey, Michigan, Colorado, Pakistan and the Philippines) will realize that we’ll have to keep showing up repeatedly in ever-greater numbers for several years before we finally scare a few politicians enough to turn down some of those very attractive bribes.

Those of us my age remember what it took – but we also know it can be done.

In the meantime, for the first time in a long time, looking up and down Central Park West, I had hope. I heard a chant that said everything I’ve wanted to scream for years: