Jason Bourne matters to me.

I didn’t realize how much until viewing Jason Bourne, the new film which debuted this past weekend. It went off the rails pretty decisively and made me realize how disturbed and surprised (in a bad way) I am by what his creators have done with him.

I’m talking about the films here, just to be clear. I read the first page and a half of The Bourne Identity in a Barnes and Noble once and put it back on the shelf. Unreadable to me–your mileage may vary, as they say.

The reason he matters is that Jason Bourne, from the very beginning, had a soul that immediately and permanently set him apart from all the other spy-assassin characters out there.

Bond has never had a soul. Sean Connery deflected feeling with a sense of humor that only grew more cheesy with Roger Moore. The best Bonds recently (Casino Royale, Skyfall) got significant mileage out of what Bond lost by being that famously blunt instrument–the ‘happy’ ending of SPECTRE, where he drives off in the Aston Martin with his lover, just didn’t ring true because Bond can’t be happy. That’s just not a possibility for him.

It was for Bourne. In The Bourne Identity film, we meet a really intriguing character–a man who not only doesn’t know who he is but who doesn’t like who he is when he finds out. He’s a shy, confused, very vulnerable human being who reaches out to Marie Kreutz (another complex character, played by Franka Potente) in ways we could never imagine of Bond. When Bourne fights in that film, it’s for a reason, to find out who he is, to find out why he has developed abilities so at odds with the spirit he displays in his interactions with Marie. He’s someone who cares, who feels.

The first film, by the way, was directed by Doug Liman and I think he deserves a lot more credit than he usually gets for making something truly different. Unfortunately, the film took a few weeks to gather steam. It was a hit eventually but eventually is not how Hollywood works so the series changed hands thereafter, Paul Greengrass taking over direction. Tony Gilroy wrote the first three with various co-writers and, being the writer, naturally he got nowhere near as much credit as he deserved either. 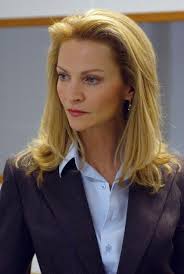 In The Bourne Supremacy, the second film of the series, the filmmakers killed off Marie in a way that was really affecting and managed to pass the torch to another definitely non-token female, Pam Landy (played by Joan Allen, who really supports the two next films). Marie’s death is not like similar deaths in Bond films or almost any other male-oriented action series. This death hurts both us and Bourne. His fury after feels very real. His determination to find the persons responsible is not contrived. He’s not up against some villain twirling his mustache and planning to conquer the world. It’s personal in a very real sense. And Landy is a person with integrity who grows to recognize that Bourne is not after the Agency, not after personal revenge but searching for something else, something personal. Both characters grow and stretch in ways the audience can directly relate to. Because of that, the action has meaning as well as excitement.

The Bourne Ultimatum extended that same story back to New York and Bourne’s remembering how he got involved in the Treadstone project to begin with. His relationship with Julia Stiles’ Nicky Parsons develops and gives us another reminder that this man still has a soul, still has the ability to care. He’s not a killing machine, not a blunt instrument, no matter how he handles a fight. When he swims off into the darkness at the end of the film, there’s an earned sense that the man with a soul has hopefully begun to work out his demons, that life might just work out for him after all.

In Jason Bourne, that hope is wiped away in the first shot of Bourne’s face, which makes clear this is an angry, deadened man. There’s no light inside. He’s escaped from all those demons and all that sadness–for what? To do barehand fighting on the Turkish-Albanian border? That’s the best we can imagine for him? The character in these opening scenes is a fighting machine. If he ever had a soul, it’s long gone now.

Bourne gets drawn back into the world of international intrigue by Nicky Parsons and there’s a personal secret tossed to us by the writers (notably, not Gilroy this time) but it all feels obligatory, an excuse for car chases and fights that go on too long. There’s another  much-younger woman who decides Bourne should be given the chance to come in, just like Joan Allen did–but in this case, there’s no plausible reason for her decision and certainly no reason for her superiors (notably Tommy Lee Jones) to back her in it. 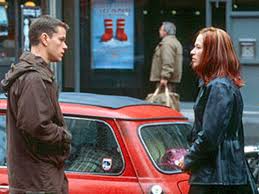 The worst of it is, these gyrations aren’t really necessary. The “secret” Bourne learns in the new film certainly could have made an intriguing story, one that illuminated how unsuited he was for this work from the start–and why he ended up doing it anyway.
But that would have been a story about a man with a soul. Someone made a choice not to go that way this time. The character of Bourne lives on but he’s not somebody I care about anymore. Speaking as a fan and someone who cares about stories, this feels like a real loss.